We use technology to deliver rich content and make entertainment accessible.

TV Anywhere aims to be the leading entertainment and media gateway to Africa and other emerging market with the mission to change the way and manner in which TV/ and Video contents are being distributed and consumed in the market.

We enable the creation of a new market segment that merges the prepaid, On-the-Go and small package culture with the traditional Digital TV culture, making this available to mass market audience with increasing affinity for smartphone

Obafemi Banigbe is a seasoned technology leader, entrepreneur, advisor, and thought-leader, who has been at the driver’s seat of technology innovations and initiatives across key markets Africa, often in C-level roles. He has an in-depth understanding of today’s complex business environment prevalent within the African market and the need to ensure that business objectives and commercial requirements are translated into optimal business strategy leading to successful execution.

Obafemi is the current co-founder and CEO of TV Anywhere Africa; an emerging media technology company that offers IPTV/OTT Platform-as-a-Service, local and international content aggregation, and customized, white-label user interface to enable telecom operators, internet service providers, and independent OTT players to profitably deliver high-quality content to their userbase in a cost-effective manner. He is a also co-founder and Managing Partner of Silver Rock Technology Services, an advisory and execution support firm with expertise within the Telecom, Media, and Technology industry. Obafemi was also, the former Chief Operations Officer of Millicom Ghana, the operator of the Tigo network in Ghana. At Millicom, he was responsible for driving the overall operations strategy of the business in Ghana. Prior to his role as COO, Obafemi had a six-month stint as the acting CEO for Millicom Ghana. He also previously served as the Chief Technical Officer for Millicom Ghana. Prior to Millicom Ghana, Obafemi served as the Chief Technical Officer for Millicom International Cellular Tanzania where he helped drive technology strategy.

Earlier in his career, Obafemi served as the Chief Technical Officer for Millicom International Cellular Tanzania where he helped drive technology strategy. Prior to joining Millicom, Obafemi worked with Celtel (Airtel) Nigeria as the Director of Operations. He had also worked with Ericsson in several capacities, the last being the Network Support Group Manager for Access and Transport Networks.

Obafemi is a resourceful change leader able to help a business navigate complex management and organizational change curves while ensuring minimal disruption to business deliverables. He has an in-depth understanding of strategic business management ensuring that business strategies are properly aligned with the specific market context in order to gain a sustainable competitive advantage In addition, Obafemi brings on board strong financial management skills with an in-depth understanding of business profitability drivers

Overall, Obafemi has demonstrable ability to manage across different cultures, with extensive multi-cultural and multi-national exposure having worked in highly diverse team across multiple markets, within and outside the African continent. He is a team player with strong interpersonal and business leadership skills required to engage and rally the team towards the achievement of overall business objectives 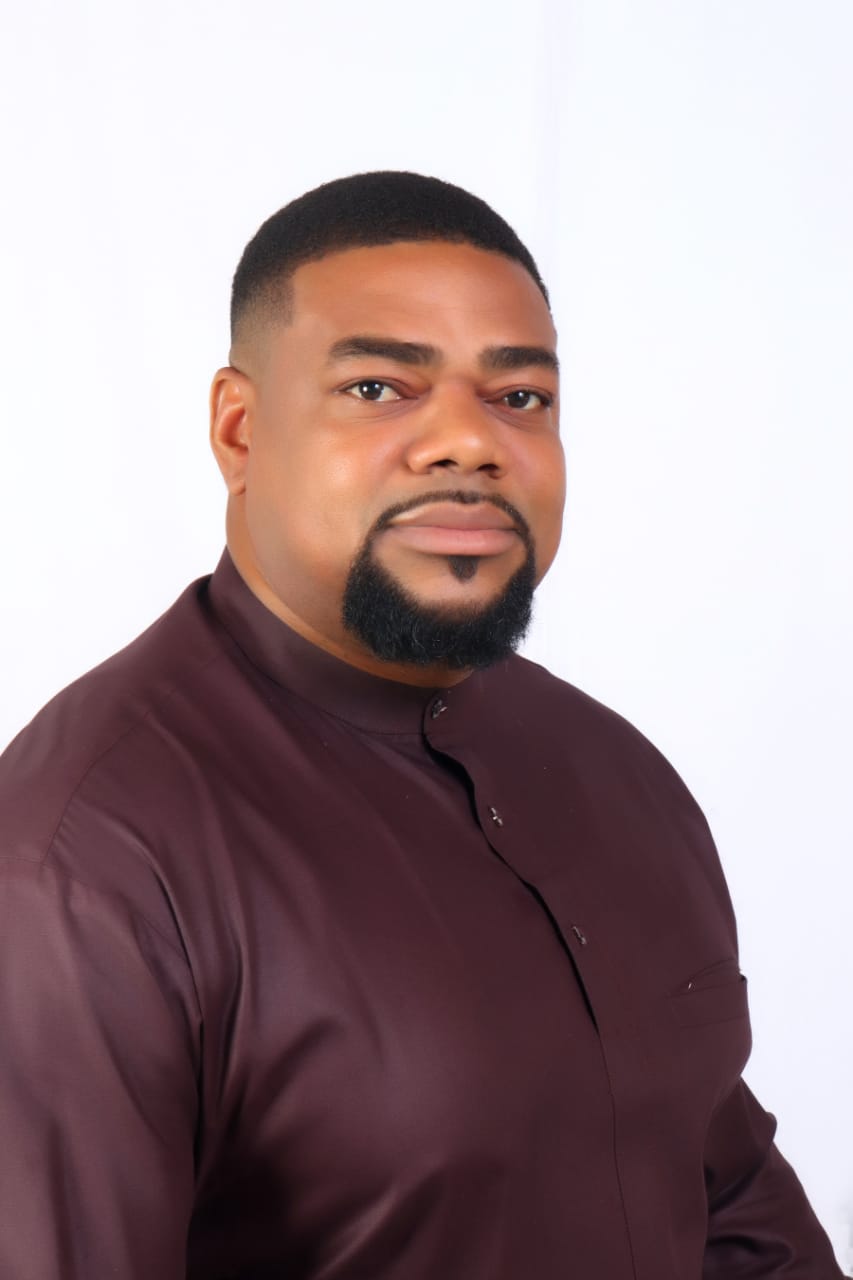 With over 17 years of experience in Telecoms and related industry, Rapahel is considered an expert in Technical and Business Strategy.

During his time at Ericsson, he occupied roles as Head of solutions and Technical Strategy for MTN West Africa Account and Milicom Sub Sahara Africa Accounts. He has lived and worked in many countries including Jamaica, Trinidad & Tobago, Surinam, El Salvador, Honduras, Panama, Ghana, Tanzania, and Senegal.

Over the years he has built competence in all Mobile Technologies including 2nd, 3rd, 4th and 5th Generations cellular networks and is also well adopted in working with Business and Operation subsystems. Raphael holds a BSc in Telecommunications & Electronics Engineering from the Universidad Tecnologica de La Havana, Jose Antonio Echevaria, in La Havana, Cuba. 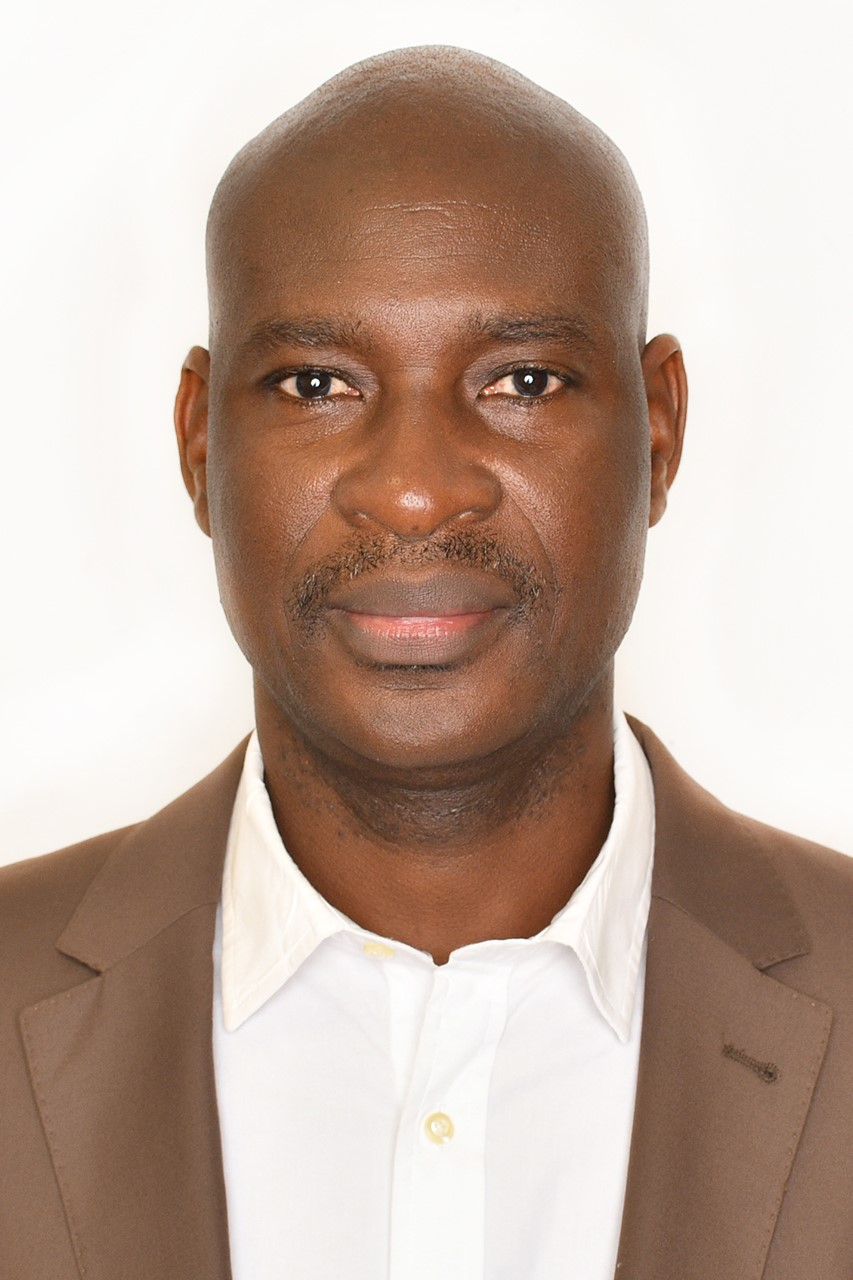 Head of Finance and Administration

Head of Finance and Administration

Seth Vordzorgbe has over 20 years of experience in Business Process Management, Strategic Leadership, and Corporate and Financial Management having worked with various organizations within and outside Ghana. He was once the Managing Director at Expert Assent Solutions Ghana and the former Regional Controller for Ericsson. He was one of the foundational staff of Ericsson Ghana and he played a key role in the setting up of the Ericsson Business in Ghana and West Africa. While at Ericsson, Seth experienced a gradual career progression from the first entry level of Accountant; later became the Company Controlling Manager; then to Regional Treasury Manager and eventually elevated to the role of Regional Controller with the Ericsson Sub Saharan Africa Market overseeing Finance Operations across 18 Anglophone and Francophone countries.

An initiative-taking person, Seth believes in accountability. He considers every challenge as a new opportunity for improvement. He demands excellence by way of detailed action plan for every business activity. He leads by example and supply regular and constructive feedback to team members. He also subjects his leadership style to constructive criticism and feedback for personal development. Seth has industry experience in Business Process Management, Strategic Leadership, and Corporate and Financial Management. He has extensive knowledge in Telecommunications and Business Consultancy industries. Seth is highly knowledgeable in planning and implementing budgets, strategic initiatives, and employee training programs. 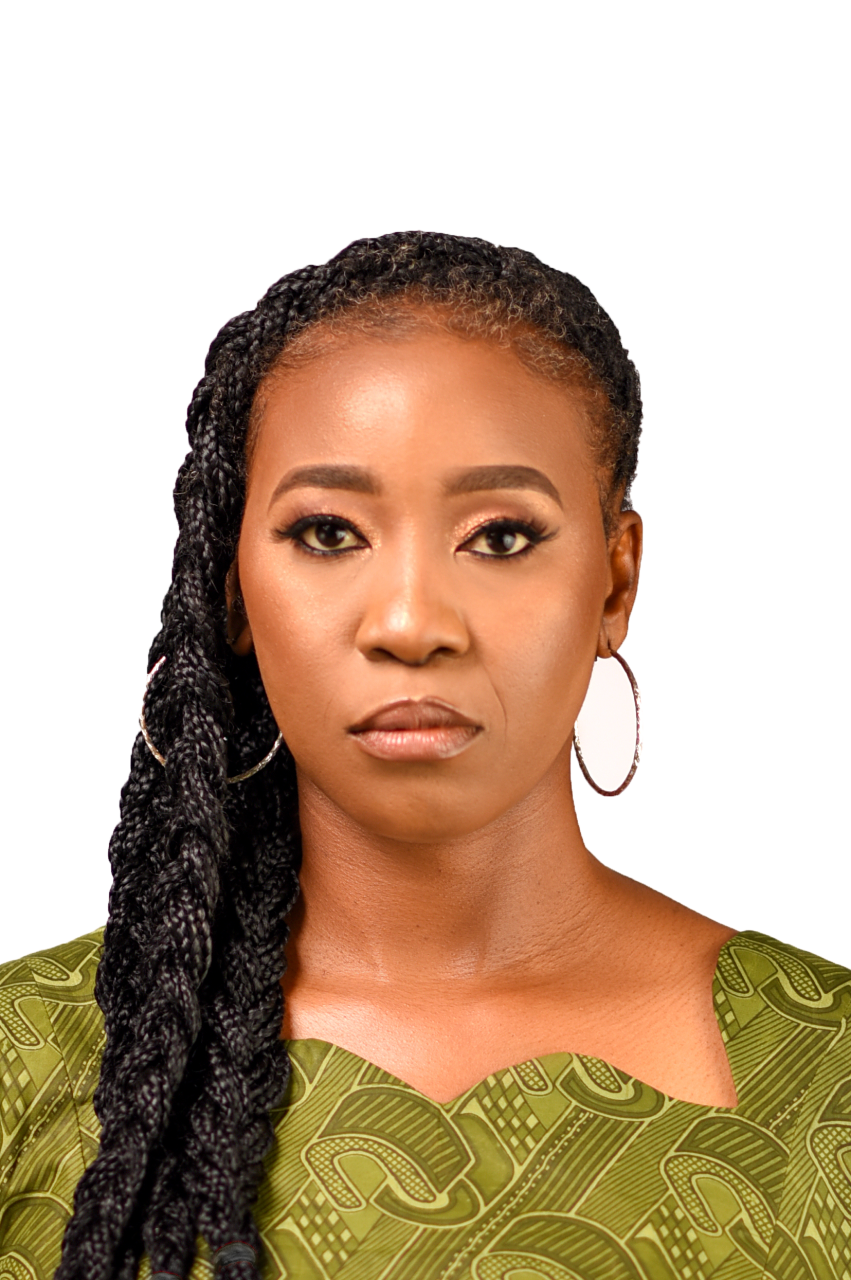 Lolo Eremie is a Content Creator, Film Producer, Screenwriter and all-round Creative Artist. She is a Linguist, fluent in French (and basic German) and a certified Advertising (APCON), Public Relations (NIPR) and Marketing (NIMN) Practitioner with a wealth of experience cutting across cadres of professionals in both the corporate and creative spheres. As a Marcomms Professional, she has worked in various sectors including but not limited to Telecoms, TV, Theatre, Radio, and Film. Her written and produced feature film, GuynMan earned an AMVCA nomination in 2018 and was released in cinemas nationwide in March 2019. She creates content for TV, Radio, and Online platforms in conjunction with brands like Dstv, Feemo, NVivoTV, AirtelTV, CoolFM, and WazobiaTV to name a few. Her contributions as Story Researcher for RIONA, Dstv Africa Magic’s renowned tv series airing over 250 episodes, featuring a cast and crew of over 1000 people showed her dexterity as a Content Creator. Her work which included story development, sequence, and production design, down to the actual show title ‘RIONA, yielded excellent results with the show ranking Top 10 in Africa for 2021. In addition to these, Lolo is a Performer and Voice Actor featured on several radio commercials over the years. Some of her notable works include IrokoTV’s ‘StoryTime’, Seasons 1 – 4 and ‘LAGOSA’, Seasons 2 and 3 - a radio drama series produced by The Content Factory. Her on-screen work includes shorts and feature films like: ‘The Hebert Macauley Affair’, ‘GuynMan’, ‘Entreat’, Africa Magic’s ‘EVE’, ‘Forbidden’ and ‘Tinsel’ to name a few.

She served 8 years at Airtel Networks Ltd, having managed the Internal Communications and Public Relations offices, handling inhouse and external publications (print and online) as Newsletter Editor. As a Project Manager and Coverage Marketer within the same organization, she organized experiential activations, brand launches, and ad-hoc activities geared toward Employee Engagement, Public Relations, Events, and Key products launch. Her outstanding performance paved way for her to receive an Award for Excellence issued by then Zain Group CEO, Dr. Saad Al-Barak, and former Chairman, Dir. Mo Ibrahim at the ACE (Accelerate. Consolidate. Expand) Conference held October 2008, in Jordan. During her stint in Radio and Television as Head, Events, PR & Sponsorships at CoolFM (overseeing Wazobia Radio, Nigeria Info Radio, and Wazobia TV across Nigeria - CoolWazobiaIfo), Lolo managed all events nationwide alongside PR activities. She was also responsible for the annual concert, ‘CoolFM Praise Jam’, heralded as the largest in Nigeria with over 11, 000 (eleven thousand) people in attendance at the Eko Hotel and Suites, Lagos Nigeria. The shows were also held in Abuja and Port-Harcourt, Nigeria under her supervision. Lolo remains a Researcher and Content Developer for brands like DSTV, Showmax, Feemovers, and an Aggregator for Airtel TV, amongst others. She continues her astounding work on high-budget projects featuring hundreds of cast and production crew to date. A Certified Film Editor, Lolo is proficient in DaVinci Resolve (BlackMagic) and is always happy to get the job done. 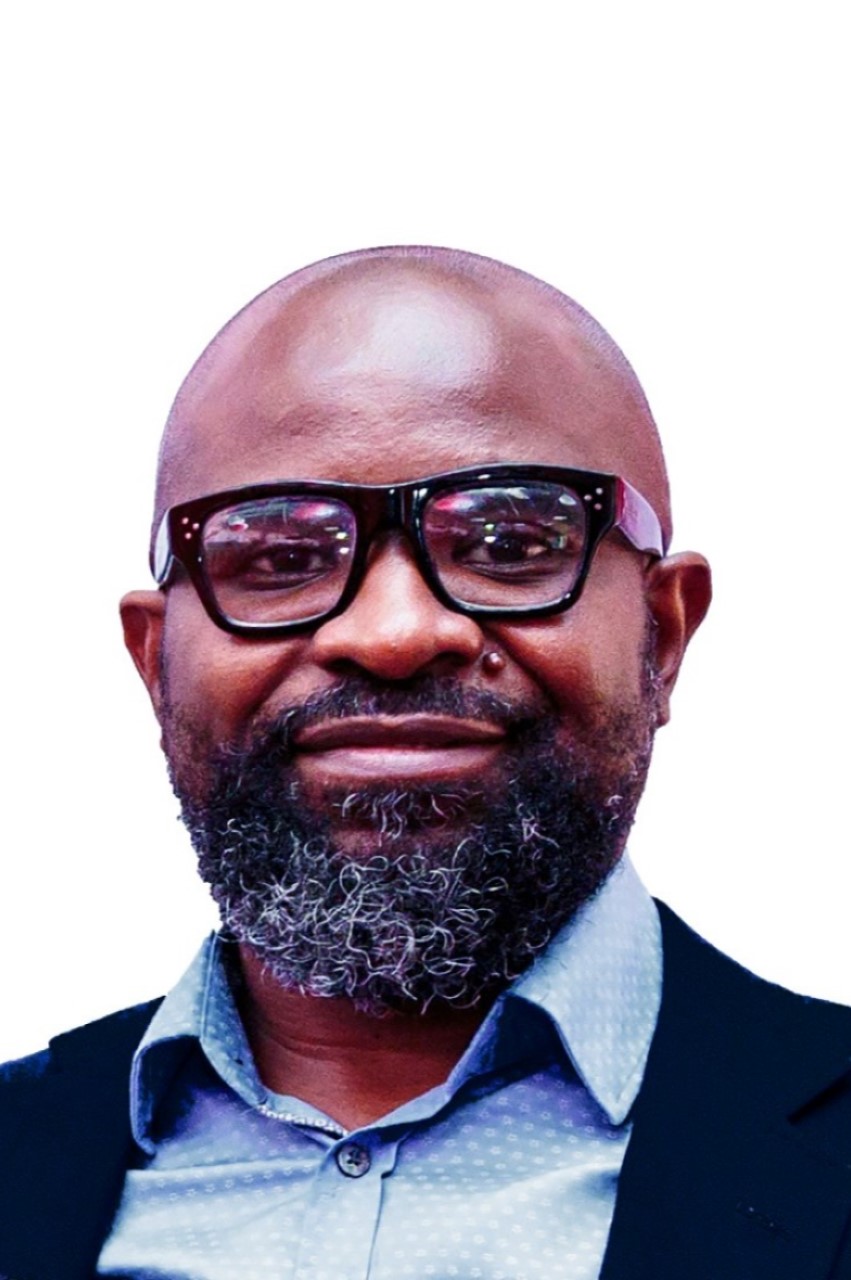 Adetunji Ademiluyi is a commercial leader with a specialization in marketing with 17+ years of experience within the telecommunications industry in West-African Markets.

Prior to his joining TVAnyWhere, he was a managing partner at No Borders AdCrea8, a marketing solutions company in Lagos, Nigeria. He has also held leadership positions at Sony Mobile Communications Middle East and Africa, BlackBerry West Africa, Nokia West Africa, 9Mobile and Airtel Nigeria. He is an innovative Sales & Marketing Strategist with demonstrated success in developing and implementing go-to-market/marketing strategies and plans.

While working with mobile hardware, Adetunji developed an interest in services and has worked with partners like NTEL, Intelligent Campaign Hub, Cloud Interactive to deliver exceptional VAS campaigns.

Adetunji holds a bachelor’s degree in business and is currently attending the School of Business at the University of Leicester. Adetunji is also an amateur photographer and digital creator. 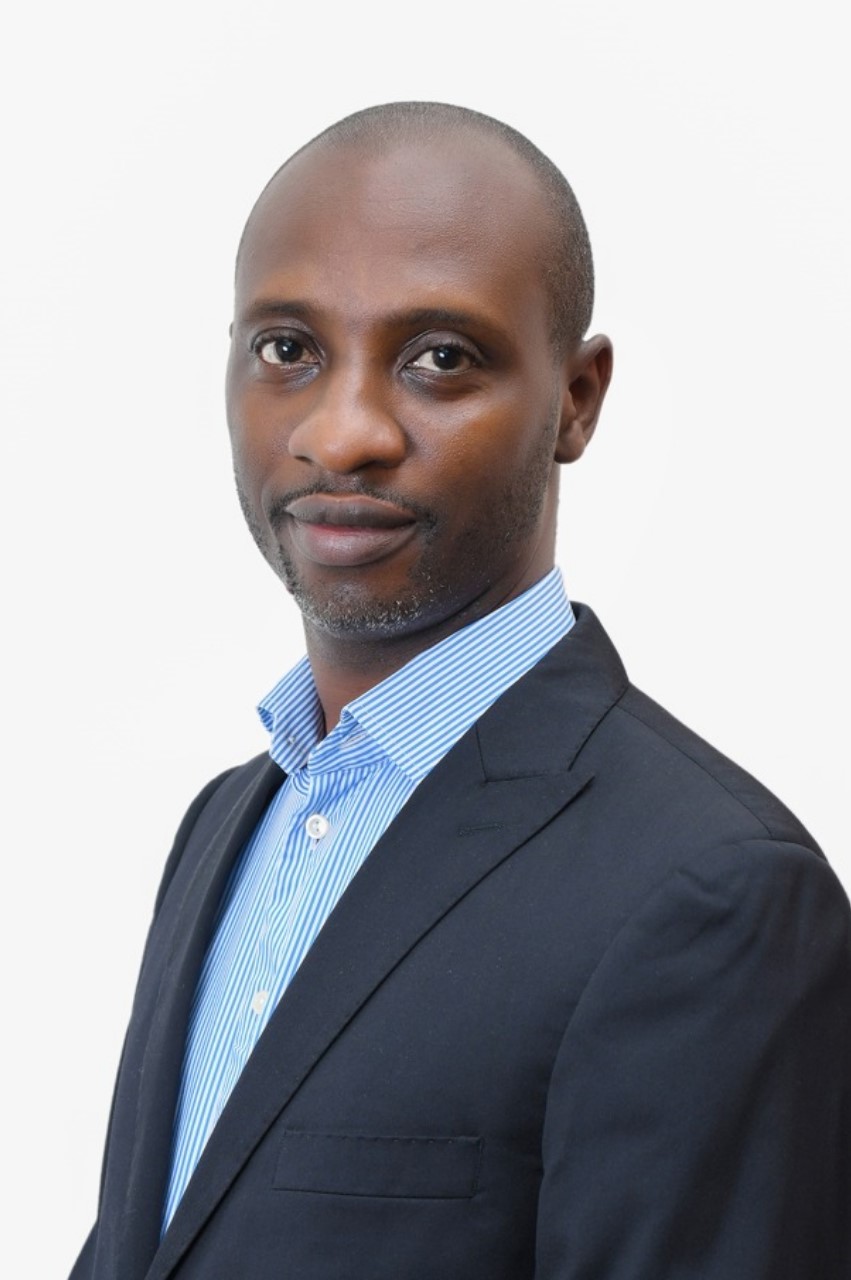 Kwadwo Offei has broad technical and professional services experiences in systems design and integration, having worked with Ericsson and Huawei Technologies for over ten years. He is a technology enthusiast and head of technology at TV Anywhere. He leads the technology and engineering teams, build product architecture and technology roadmap. He brings deep expertise in architecting and implementing custom projects to meet the highest quality in product delivery.

Academically, he holds a degree in Computer Engineering from Kwame Nkrumah University of Science and Technology. He also keeps himself busy learning new technologies in his free time.